aerodynamics (noun) // aero-​dy-​nam-​ics //:
A branch of dynamics that deals with the motion of air and with the forces acting on bodies in motion relative to air.

When you ride into a headwind, you can physically feel more air smacking your face and fighting against your pedaling efforts than you would on a calm day. Conversely, when you're flying down the road with a tailwind, you experience not only a lack of resistance, but even a surge forward aided by the breeze. But even when the wind isn’t blowing, you’re still riding into the mass of air all around you, and it’s always going to resist your forward momentum. This is aerodynamic drag, and it’s the most significant detractor to speed. You can have the most structurally efficient frame and the most powerful legs, but if you’re not aero, you’re not riding as fast as you could be. Our engineers are experts in the field of aerodynamics, and their driving force is to eliminate all of the obstacles that slow you down. Simply put, if we lower your bike's aerodynamic drag, then you’ll spend less energy and go faster over the course of your ride. Put another way, you’ll have more gas in the tank at the end of a long day in the saddle, ready to launch a race-winning sprint while others fade.

"You can have the most structurally efficient frame and the most powerful legs, but if you’re not aero, you’re not riding as fast as you could be."

AERODYNAMICS - WHAT IS DRAG?

Scientifically speaking, below is the formula for aerodynamic drag, wherein CD = drag coefficient; p = the density of fluid (in the case of bicycles, the fluid is air); V = the speed of the object (the bicycle) relative to the fluid; A = the cross-sectional area of the object. But in the simplest of terms, aerodynamic drag is the amount of resistance that the air affects your forward momentum when riding. Aerodynamic drag is an incredibly complex challenge for engineers in any industry, from cars to airplanes, and even trains. Ensuring that a vehicle moves efficiently through the wind (i.e. with minimal aerodynamic drag) will allow it to consume less fuel (in a cyclist’s case, this means his or her pedaling effort) while traveling at higher speeds. 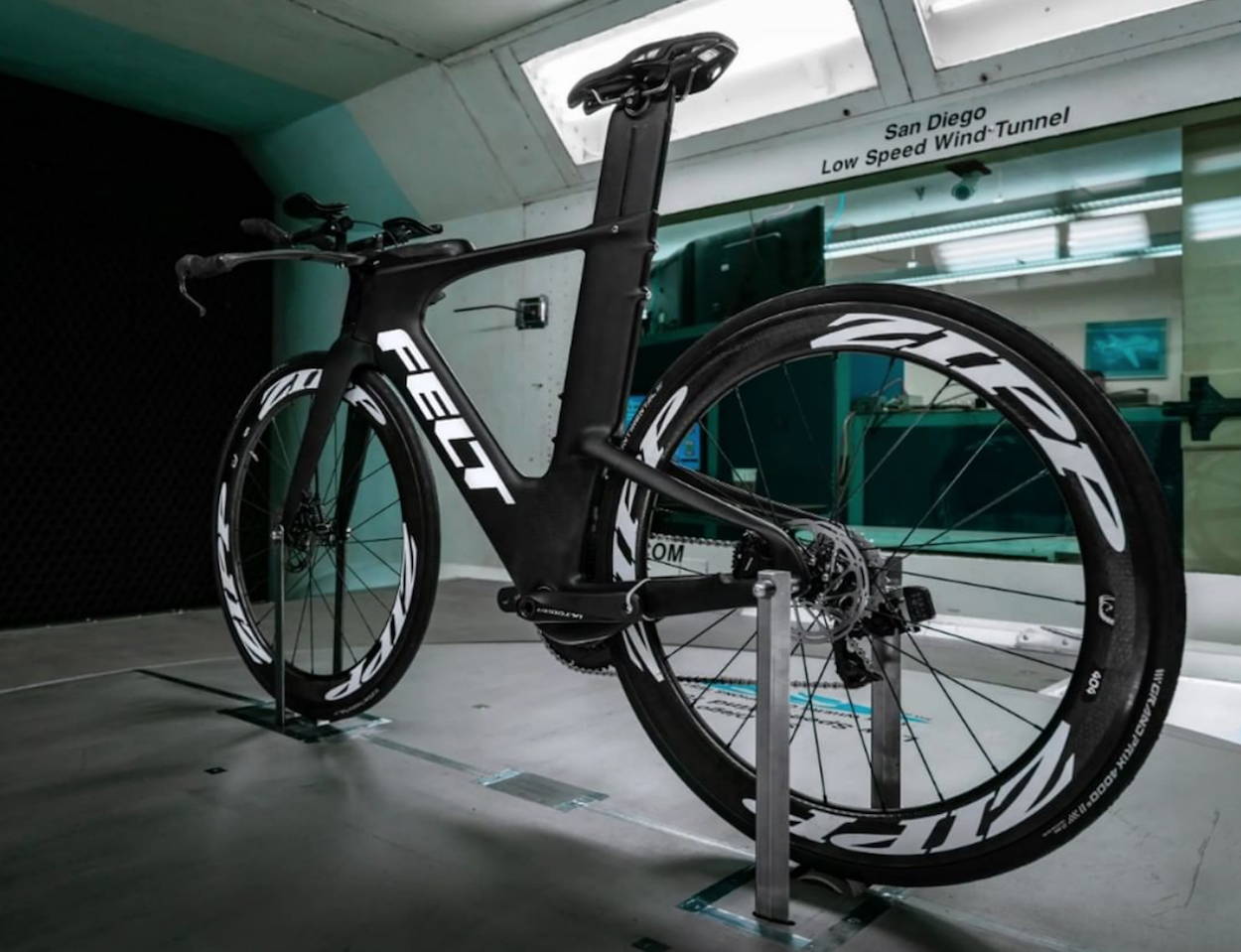 HOW DO ENGINEERS IMPROVE A BIKE’S AERODYNAMIC EFFICIENCY?

There are many tools, aids, and computer programs that give bicycle engineers the ability to combat aerodynamic drag. But having the right tools is only part of the equation—case in point, having a pipe wrench doesn’t automatically make you a plumber. Read on to find out what tools our engineers use, but also, and more importantly, how they go about designing the fastest bikes imaginable—this is what helps distinguish our bikes from the competition. After all, we’ve been obsessed with aerodynamics since designing our very first bike over thirty years ago.

Affectionately known as the “virtual wind tunnel,” CFD is a computer modeling software that simulates the effects of aerodynamic drag in a digital space. The benefits of using CFD software are cost—it’s a far cheaper option in the long run than spending all of your time inside an actual wind tunnel—and replication. Because of the nature of computer modeling, our engineers can, in a relatively short amount of time, perform thousands of simulations to test various permutations of a bicycle frame, tube shape, or a component. However, there’s no substitute for the real thing, which is putting a real bicycle inside a wind tunnel. That’s why we still utilize the wind tunnel in our bike development to this day. 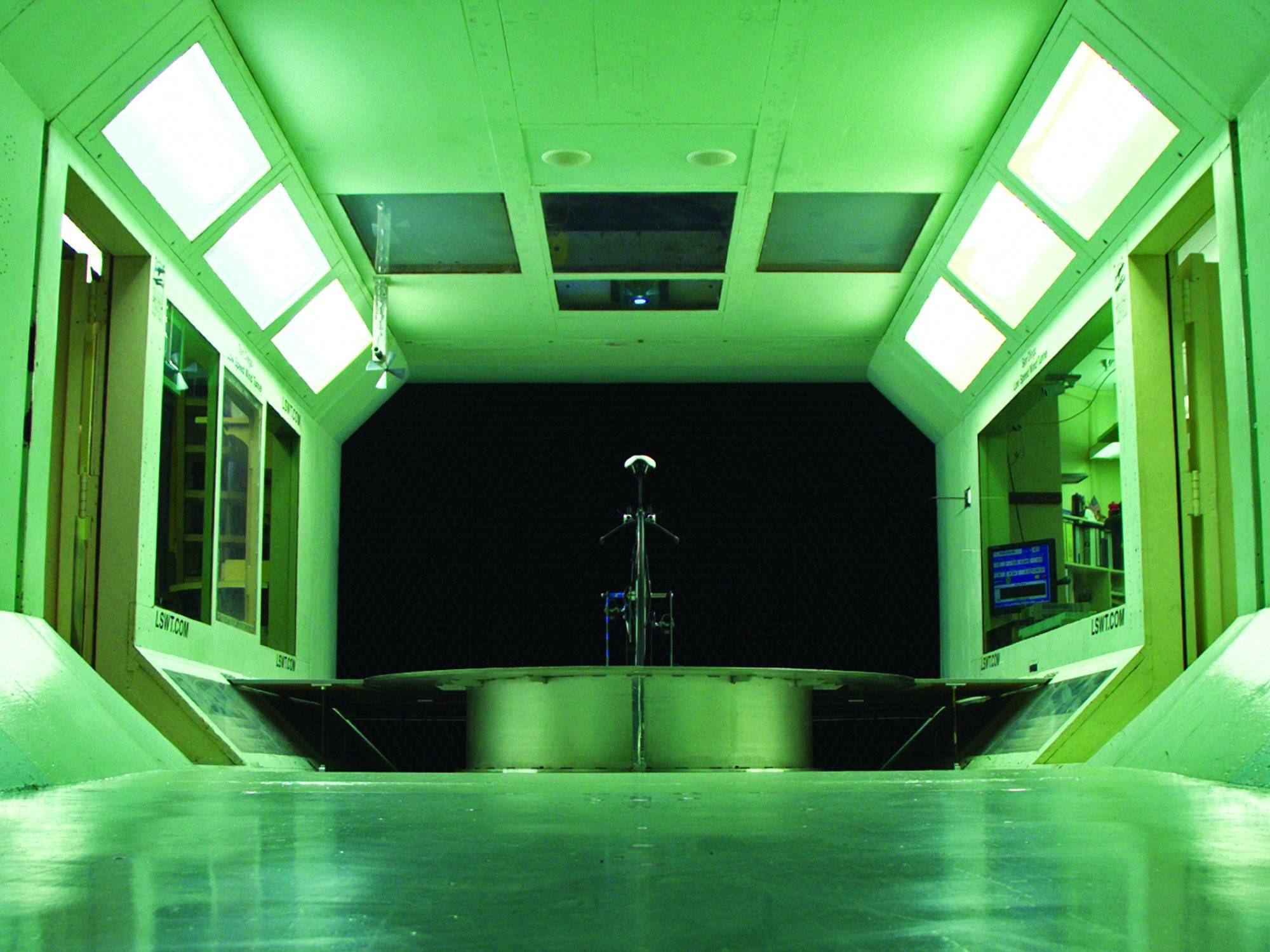 There’s no better tool for testing the aerodynamic efficiency of a vehicle than the wind tunnel. That’s why nearly every major automaker, motor sports team, and aerospace company utilizes a wind tunnel in the aerodynamic development of their vehicles. And it’s why we’ve been developing bikes in the wind tunnel since 1991. And “developing” is the key word. There are a lot of bike brands out there who stop by the wind tunnel on their way to the bike shop to drop off their final iterations for sale to the public. Then they can justify using the term “wind tunnel-tested” in their ads and marketing jargon, regardless of how fast their bikes actually are. It's an admittedly easy shortcut—but that's not for us.

We get it—working with the operators of independent wind tunnels is exhausting, both in terms of the hours spent and the hefty financial commitment. But, that approach isn’t for us. We’ve always believed in doing things the right way, and never the easy way. We actively use the wind tunnel in conjunction with CFD software to validate the aero efficiency of dozens of prototype frames and components. We design, test, reiterate, and test again, over and over until we’ve squeezed out every last drop of performance. Only then are rideable samples built. And, rather than sending them straight to our dealers for sale to the public, we first deliver them to our core family of key test riders. These include pro cyclists and triathletes, Olympians, and the most passionate and experienced in-house staff in the industry. Everyone in this group provides feedback, all of which is incorporated back into the process to further refine and modify the bike as needed. And that results in a finished product that finally, and at long last, will go to market. 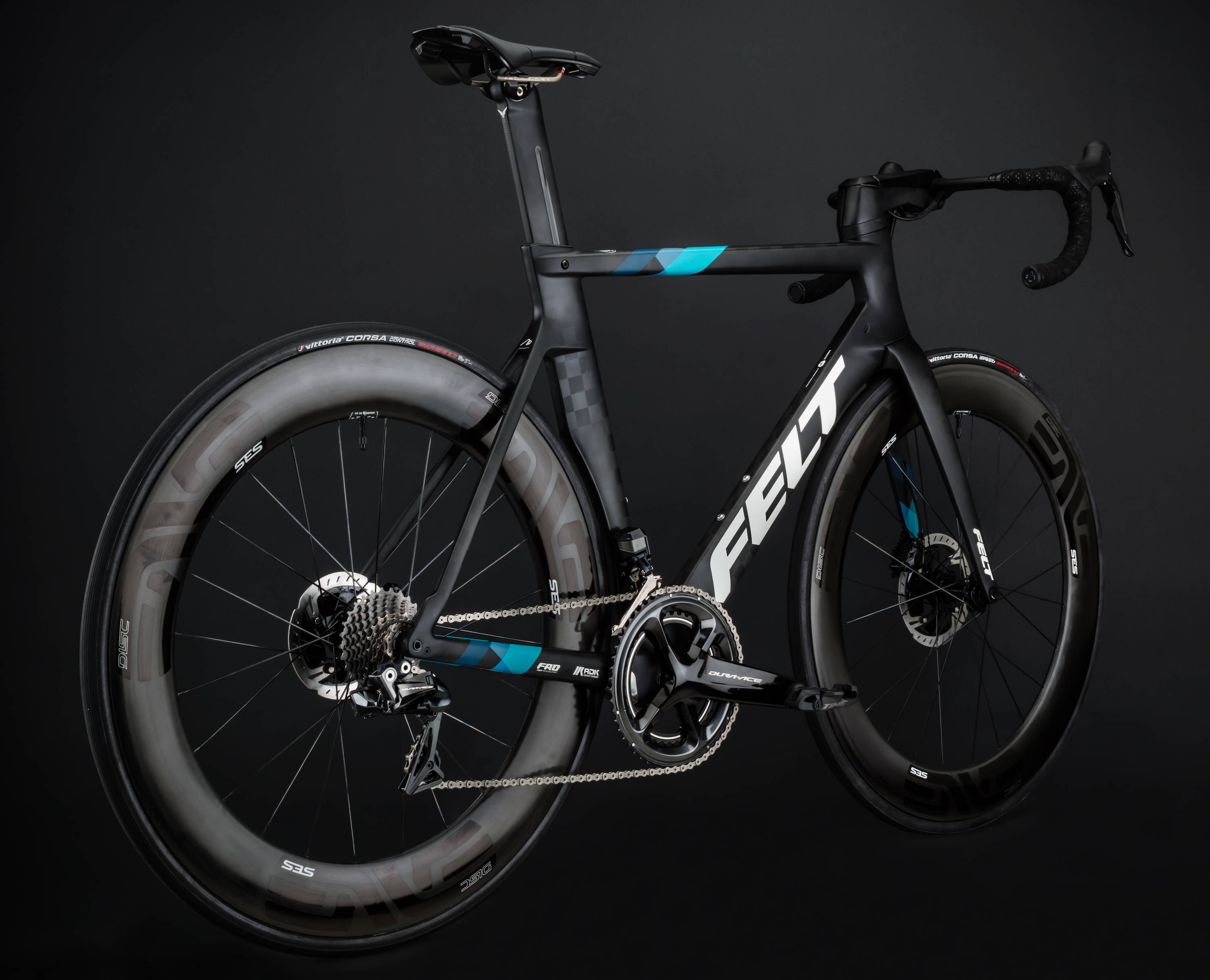 "We design, test, reiterate, then test again, over and over until we’ve squeezed out every last drop of performance."

Recently, based on several years of research we compiled, as well as heaps of data gleaned from third-party sources, our engineers discovered that in real-world riding situations, road cyclists (as opposed to triathletes) spend the majority of their time in conditions of relatively low yaw (see more below on “yaw angles”). This means, most of the time, the greatest aerodynamic drag forces impacting a cyclist are those hitting them at relatively head-on angles. This newfound awareness runs counter to some previous industry-wide conventional thinking, but it’s been validated by multiple reputable frame manufacturers, not only Felt, in recent product cycles.

Taking into consideration this data, our engineers actively create hundreds of virtual permutations of new airfoil shapes and designs in each new bike project. At the same time, they evaluate the structural characteristics of each potential airfoil design and accompanying meeting points between frame tubes, paying particular attention to the projected stiffness outputs via finite element analysis (FEA) software. This holistic process aims to seamlessly meld bicycle speed and rider performance. And it’s one that appropriately weighs both a bike’s ability to cut through the wind and utilize every single watt of its rider’s power.

WHAT IS YAW ANGLE?

However, the term “low yaw” is relative, and we've seen different frame manufacturers use the term to describe varying ranges of yaw. So for clarity to our riders, we consider the range of yaw angles that can most accurately be defined as “low yaw” to be -10 to 10 degrees, which is based on our research and a survey of other independent studies. This information was the basis for our developing our new airfoil paradigm, which led to the creation of the all-new AR road bike and will be considered for future applications, as well.

Instead of taking an oft-followed, myopic approach to aerodynamics, where final aero statistics are held above all else, Felt employs a more thoughtful, multi-tiered design process that combines the virtual space, the wind tunnel, and real world testing. Sure it takes more time, but there’s no arguing with the end results. That’s because aerodynamics is but one part of the complex experience of cycling speed. Attributes such as component integration, ride quality, and frame construction all play vital roles in how fast a bicycle goes—for example, the most aerodynamic bike frame in the world would still be realistically slow if it couldn’t transfer its rider’s power to the road. We’re obsessed with speed and aerodynamics, but we are equally consumed with giving riders the finest cycling experience possible. We strive to not only make our bikes faster than the competition and anything else that’s come before—but also better.